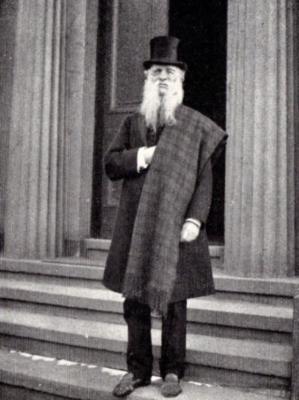 After education at local schools, he was apprenticed to a surgeon in Sheffield. His medical studies were completed in Manchester and Paris. He gained the diplomas of LSA in 1840 and MRCS in the following year. In 1841 he became Resident Surgeon at Manchester Royal Infirmary.

Living in Rusholme, then almost a country village, he was for some years the only resident doctor. As Rusholme grew into a place of residence favoured by well-to-do Mancunians, Frederick Melland built up a substantial practice. He was appointed Consulting Surgeon to Chorlton-on-Medlock Dispensary, and Assistant Surgeon to the 1st Manchester or 6th Lancashire Volunteers in 1861 (1). 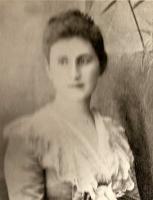 On 15 July 1852 Frederick Melland married Anne Heap Kelsall at Providence Chapel in Rochdale, Lancashire. She was the daughter of Robert Kelsall of Deeplish Hill, Rochdale, and a relative of the family of Sir George Kemp (2).

They had the following children:

Helen Kelsall Melland. She was born in 1854 and died in 1891. In 1877 she was married at Rusholme Congregational Church to Herbert Asquith, who became Prime Minister in 1908.

On 11 December 1862 Dr Frederick Melland married for a second time, his bride being Elizabeth Jane Middleton, the eldest daughter of Michael Middleton of Grange Road, Darlington. The wedding took place at Paradise Chapel in Darlington (4). They had the following children:

Brian Melland. He was born in 1864 and died in 1924. He was a general medical practitioner at Bowden in Cheshire. On 16 September 1890 at St James's church in Kensington he married Florence Trevor-Roper 1864-1924, daughter of Richard Trevor-Roper of Leeswood Hall in Flintshire (5).

Norman Melland. He was born in 1865 and died in 1933. He married Blanche Du Val, daughter of Gerald Du Val and granddaughter of Charles Allen Du Val.

Charles Herbert Melland. He was born in 1872. Hemarried Annie Dorothea Gee 1881-1950, and died on 8 January 1953. He was a doctor with a Manchester practice and was Honorary Physician to Ancoats Hospital and the Northern Hospital for Children (6).

Frederick Melland was an ardent politician, and took great interest in the early struggle for Free Trade and in the movement for the repeal of the Corn Laws. Championing the same causes and living in the same district, it is highly likely that he was well acquainted with Charles Allen Du Val and his family (7).

He retired in 1901, but continued to take a keen interest in medical practice, especially the welfare of the Ancoats Hospital and the Royal Infirmary. He attended the opening of the Royal Infirmary by King Edward VII, when he was warmly welcomed by his professional colleagues as the eldest and one of the most honoured practitioners of the district. In 1910, despite his great age, he attended the wedding of his grandson Herbert Asquith, second son of the then Prime Minister (8). "His zeal for play-grounds and open spaces was always great, and only a few years ago he took part in an agitation for the acquisition of a new park" (9).

The funeral service was held in his home on 21 January 1911 followed by cremation at the Manchester Crematorium. There was a large gathering of family members, friends and representatives of medical, academic and religious institutions in Manchester. The Prime Minister attended. The ashes of Dr Frederick Melland were to be placed in the family vault in the churchyard of Birch-in-Rusholme, Manchester (10).

Information on this page was supplemented by Alison Melland Davis, from her extensive and scholarly research into the Melland family. The photograph of Helen Asquith née Helen Kelsall Melland was kindly provided by Alexandra Crowe née Melland.

(1) The Morning Chronicle 28 September 1861, reporting the appointment announced in the previous evening's London Gazette.
(2) Bradford Observer 22 July 1852.
(3) Blackburn Standard 7 March 1860.
(4) York Herald 13 December 1862 ; Leeds Mercury 15 December 1862 : Blackburn Standard 17 December 1862.
(5) Manchester Times 26 September 1890.
(6) An account of him is given in The Honorary Medical Staff of the Manchester Royal Infirmary, 1830-1948 by William Brockbank (1965) page 181. His obituary was published in The Times on 9 January 1953.
(7) With natural pride Frederick Melland followed the career of his son-in-law Herbert Asquith and the fortunes of the Liberal Party. It was a source of satisfaction to him that, although only just recovering from breaking his leg, he managed to vote for the Liberal Party candidate for Stretford in the 1910 General Election. (British Medical Journal 18 February 1911 page 409.)
(8) Details of his medical career and political and other interests are given in his obituary in the British Medical Journal 18 February 1911 page 409.
(9) The Times 19 January 1911.
(10) The Times 23 January 1911.