He was the son of Edward Octavius Caesar Wall Du Val and his wife nee Sarah Eskildson, daughter of George Eskildson, the Danish Consul-General for Ireland.

Although the family seem to have first lived in Beaumaris, the children were brought up in Dublin. Hence the origin of the belief that Charles Allen Du Val was born in Ireland. Reference books usually refer to him as being an Irish artist.

Charles Allen Du Val was gifted both as a painter and as a writer. When young he could not decide which talent to develop as a career. Eventually he grew tired of trying to choose, and instead became a sailor. But after enduring the rigours of a stormy voyage to St Petersburg, he decided that life at sea was not for him (2).

He settled down to life as an artist, and became very skilful in drawing and painting. He also took up the new art of photography (3), regarded in those days as just a special form of draughtsmanship. But throughout his life he was also a most accomplished writer and enjoyed a reputation among a wide circle of friends as being a very witty and entertaining speaker.

The writing skill of Charles Allen Du Val is illustrated by his articles in the North of England Magazine. He also contributed four scholarly articles on painting and painters entitled Some Thoughts on the Spiritual in Art (4) to The Art Treasures Examiner, published in connection with the 1857 Art Treasures Exhibition held at Old Trafford, at which three of his pictures were exhibited. He later wrote five pamphlets on the American Civil War published in 1863.

Indeed literature and images are difficult to separate in the work of Charles Allen Du Val. He loved to paint a story in both words and pictures. Many of his earlier paintings convey dramatic events in the lives of the characters portrayed. But there is always more going on in the scene than appears at first sight. Like his protégé Atkinson Grimshaw, he enjoyed subtle mystery enhanced by shafts of light. Although in later life he specialised in portraiture, he still painted occasionally in that genre.

In 1831 the young Charles Allen Du Val was living in at 51 Lime Street in Liverpool, where he painted several miniatures including one of his father. In the following year he was still in Liverpool but had moved to 26 Russell Street (5).

Charles Allen Du Val decided to spend part of each summer at Douglas in the Isle of Man. On his first arrival he advertised that “Mr C.A. Du Val, Portrait and Miniature painter, begs to inform the Nobility and Gentry of the Isle of Man, that he has arrived from Dublin, and intends following his Profession here for a short time. Those who are anxious of possessing a memorial of one that is dear, have now their wishes in their power”. He himself would also give lessons, and Mrs Du Val would “--- give INSTRUCTIONS IN THE ELEGANT Accomplishment of PAINTING ON VELVET, SATIN, GROS DE NAPLES, WOOD & Co, also the beautiful COULEUR A LA FRANCAIS, WHICH IS UNKNOWN IN THIS ISLAND.” (6). 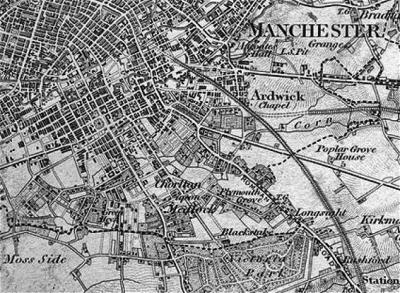 He spent two more summers in Douglas. Then in 1833 he and his wife moved to Manchester, where the prospects of a successful career as an artist were more promising, bringing with him a letter of introduction to the gallery of Zanetti and Agnew (7). He took up residence at 28 Copeland Street in Chorlton-on-Medlock, then a village suburb.

In 1833 he was commissioned by the calico printer Daniel Lee, after unsuccessful attempts to produce designs for his firm, to paint his portrait and also one of his mother. These were so successful that Lee went on to commission the portrait of the Irish politician Daniel O'Connell which made Du Val famous (7).

Charles Allen Du Val played an active part in the public affairs of Manchester, and his name is found among many of the famous citizens of his day. He rendered great service to art in Manchester by his strenuous efforts to establish a public art gallery in the city. There were already galleries such as that of his benefactor Thomas Agnew, but these were essentially private businesses. He founded the Art Academy, a society for holding annual exhibitions with the idea of establishing a permanent public gallery and was its president for many years. Eventually his idea took permanent form in the rooms of the Royal Institution, where he was himself an exhibitor. In due course this developed into the first Manchester Art Gallery in its own permanent building. Charles Allen Du Val was a committee member of both the Portico Library and the Athenaeum. He was also an early member of the Brasenose Club, and was remembered there in the following words: “That distinguished looking man just entered the room, with the Scotch plaid around him, and in the act of removing his black sombrero, is C.A. Duval the artist and fashionable portrait painter of the period” (9).

Charles Allen Du Val was an accomplished chess player, and played for his adopted city. He was President of the Manchester Chess Club, and presided at the inaugural meeting of the Northern and Midland Chess Association at the Royal Exchange in Manchester on 6 May 1853, and at the dinner which followed at the Queen’s Hotel (10). 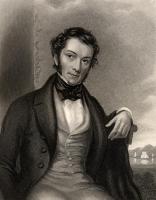 Charles Allen Du Val supported the Anti-Corn Law League founded in Manchester in 1838 and led by John Bright (a Rochdale mill-owner) and Richard Cobden (a Bolton calico manufacturer). The League became a powerful lobbying machine, aided by pictures of its leaders which adorned the thousands of its cards, flags, newspapers and stationery. In one week in February 1843 a million tracts were mailed. Henry Ashworth, a prominent member, related that the appeal of these images “soon became objects of such interest that Messrs Agnew undertook to publish the portraits of the principal advocates as a commercial speculation”. (11). These were engravings of original portraits painted by the young Charles Allen Du Val. Eventually in 1846 the Corn Laws were reluctantly repealed by Sir Robert Peel.

By his late sixties, although still vigorous in his work, his health had begun to fail. On 14 June 1872 Charles Allen Du Val went into Cheshire to see a client at Alderley. Sadly he was never to see home again. He collapsed and died while there. On 18 June 1872 he was buried in Ardwick Cemetery in the presence of a great many artists, writers and other friends (12).

Despite his great fame and the very high social standing of many of his clients, Charles Allen Du Val did not die a rich man. Letters of administration granted to his widow on 8 July 1872 valued his estate at under £1,000 (13). His fine personal collection of paintings was sold (14). The expense of bringing up his large family with great success would have been very heavy. His legacy is in his beautiful paintings and fine photographs – and of course in his talented descendants.

(1) Many reference books state that Charles Allen Du Val was born in 1808, but that is not correct. He himself states that his birth date was 19 March 1810 in his own handwriting in a manuscript belonging to a direct descendant.
(2) The reference to the brief naval career of the young Du Val is from the entry in the Dictionary of National Biography volume 16 page 270 (1888), but his specific voyage to St Petersburg is from the obituary in The Manchester Times dated 22 June 1872. It had been previously mentioned on page 187 of the anonymous article entitled CHARLES ALLEN DUVAL published about him in The Art Treasures Examiner in 1857.
(3) In about the year 1860 he founded the photographic firm C.A. Du Val & Co.
(4) The Art Treasures Examiner 1857 at pages 61, 81, 100 and 115.
(5) E. Morris and E. Roberts The Liverpool Academy and Other Exhibitions of Contemporary Art in Liverpool 1774-1867- A History and Index of Artists and Works Exhibited (1998) pages 208-209.
(6) Vivien Allen Du Val Tonight! The Story of a Showman (1990) pages 3 and 4. The date would seem to be 1831, as the passage continues "They were in Douglas again during the next two summers. After a brief stay in Liverpool, they settled in Greenheys, Manchester in 1833 (page 4)." Charles Allen Du Val was not yet married in 1831, so Mrs Du Val was probably his mother, Mrs Sarah Du Val nee Sarah Eskildson. As Nicky Clark has pointed out, the dating of the Isle of Man visits to 1831 seems more likely than after the marriage. Mrs Elizabeth Du Val would then have been very busy with her three (and soon to be twelve children) and not too likely to be going to the Isle of Man offering art lessons there.
(7) The Art Treasures Examiner 1857 page 190.
(8) On 23 July 1852 Charles Allen Du Val with three of his family had made a visit to Buxton and paid the subscription to enter the prestigious Promenade Room in the Crescent. Although it had declined somewhat from its aristocratic eighteenth-century origins, promenading there was still very select, as the railway had not yet arrived in the town. (The Subscription Book of the Buxton Crescent Promenade Room Devonshire Collections at Chatsworth House, Estate Papers AS/60.)
(9) A. Darbyshire A Chronicle of the Brasenose Club, Manchester (1892) page 16. Quoted in Susan W. Thomson Manchester's Victorian Art Scene and Its Unrecognised Artists (2007) page 13.
(10) An account of the inaugural meeting of the Northern and Midland Counties Chess Association is given in The Codification of Chess from The Chess Congress of 1862 by Janos Jakab Lowenthal at page xix (2008). At the Manchester meeting in 1853 the modern international rules and conventions of chess were established.
(11) Anthony Howe and Simon Morgan Rethinking Nineteenth-century Liberalism: Richard Cobden Bicentenary Essays (2006) page 48. See also The North of England Magazine volume I (1842) page 64.
(12) Manchester Times 22 June 1872.
(13) He seems not to have made a Will. The details from the Letters of Administration here given are from the official Probate Records: National Probate Index (1872) page 233.
(14) Notice of the sale of his collection appeared within a few weeks of his death: Manchester Times 20 July 1872