Later it became "The North of England Magazine, and Bradshaw's Journal of Politics, Literature, Science, and Art", and was a short-lived publication published in Manchester as three volumes in 1842-43. 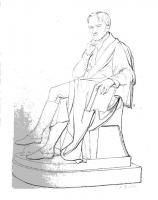 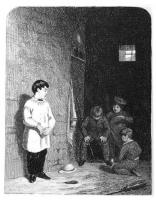 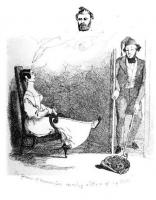 The Genius of Mesmerism 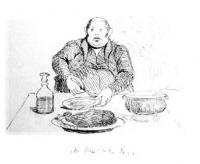 The Real and the Ideal

Charles Allen Du Val wrote several pieces which were published in the magazine, and contributed a number of etchings that he had made, including the following which appeared in Volume I (1842): Dr Dalton, from the Chantrey Statue (page 14); The Ruined Gamester (page 29); The Resident Pupil’s Supper (page 35); The Genius of Mesmerism rescuing a ‘Slave of the Ring’ and The Real and the Ideal (both page 72); and Hulme Hall (page 96).

Tribute was paid to its distinguished contributor in the following words:


"... may we be excused, if we draw attention with no little pride to our etchings by another friend, Charles A. Duval, on whom our readers may rely as a warm-hearted contributor to the ornamental part of our future numbers. Let us learn to prize such men ..." (page 55).

On page 64 of the same volume appears the following further tribute to his talents:

"Our enterprising townsman, Mr. Agnew, is about to publish a series of Portraits, of the most eminent Leaders in the present Anti-Corn Law agitation. They have espoused a good cause of the Many against the few and we wish well to every effort to give them the reputation they deserve. The present one, we have reason to know, is in the able hands, the artist engaged being Mr. C.A. Duval. Mr. Agnew is a very spirited publisher, and has done much to raise the standard of provincial taste."