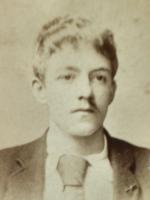 George Herbert Kipping was born in 1871, the son of James Stanley Kipping, a senior official in the Manchester Branch of the Bank of England of which his father was the head.

They lived at Higher Broughton, then a rural place on the outskirts of Manchester where James Stanley Kipping owned a small farm. He married Julia Du Val, the second child and eldest daughter of Charles Allen Du Val and his wife Elizabeth Renney.

In 1881 he was living aged 9, together with his older brother William Cecil Kipping aged 14, at Knutton Vicarage near Wolstanton in Staffordshire. He was described in the Census Return for that year as being a visitor, but he was probably studying there under the tutelage of the vicar, the Reverend Ezra Thompstone. 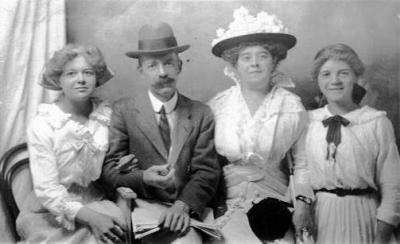 In 1891 George Kipping aged 19 was a buyer at a shipping warehouse, staying with his uncle Gerald Du Val and family, and in 1896 he married his cousin Bessie Du Val.

They had two daughters, Dulcie Kipping and Joyce Kipping

Before the First World War George and Bessie Kipping moved to France, where they ran a club on an island in the river Seine called the "Ile des Anglais".